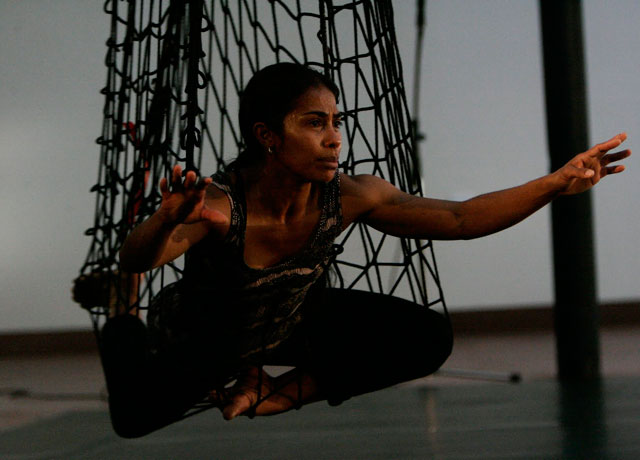 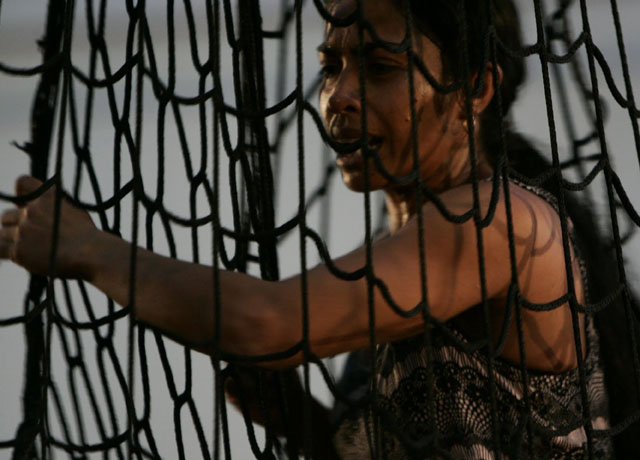 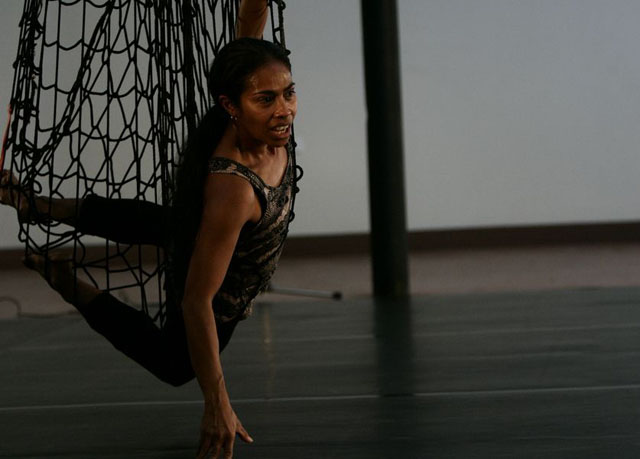 "…Pigram is an extraordinary dancer, her solo work is breathtakingly good… She seems to move entirely her own way, a body that is both memory and future tense." The Australian (on Marrugeku’s Burning Daylight)

Presented by Arts House and Marrugeku

Gudirr Gudirr is a warning. The guwayi bird calls when the tide is turning – to miss the call is to drown. The muk muk bird comes closer each night – it arrives with news of death.

The animals hear, the land knows. Listen. The language is dying. Young men are hanging themselves. Bulldozers clear our ancestors’ land and gas pipes will soon cut the sea where we fish.

Gudirr Gudirr is an intimate dance and video work conceived by daughter of Broome Dalisa Pigram and Yawuru law-man Patrick Dodson. Drawing on a physicality born of Pigram’s Asian–Indigenous identity, and in collaboration with choreographer Koen Augustijnen (lead artist with Belgium’s les ballets C de la B), Pigram builds a dance language to capture this moment in time for her people.

Dalisa Pigram moves with effortless focus and a powerful fluidity. By turns hesitant, restless, resilient and angry, Gudirr Gudirr lights a path from broken past to fragile present, and on to a future still in the making.

Gudirr Gudirr has been assisted by the Australian Government through the Australia Council for the Arts, its arts funding and advisory body, the WA Department of Culture and the Arts, the Shire of Broome and the City of  Melbourne through Arts House